The Samsung Galaxy S9 will allegedly be made with a 1000 fps image sensor, capable of shooting super slow-mo video footage.

It is rumoured that the phone will start production in November and be available to buy around March/April of next year. 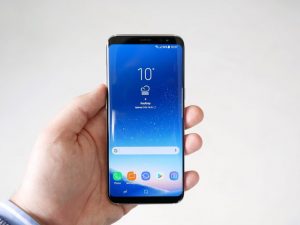 The Samsung Galaxy S8 was launched in April

According to industry sources, the camera will use a three-layered construction method comprising a logic chip, the image sensor and a DRAM chip.

The rumours come just weeks after Apple revealed the new iPhone X (10), which comes with a facial recognition camera.

However, the camera in the S9 would be a lot more capable than the iPhone X, which is capable of shooting full HD 1080p video at 240 fps.

Sony also has a rival slow-mo camera, with its Xperia XZ Premium shooting at 960 fps.