Video production company Deadline Digital has been involved in documenting a four-year restoration project at a popular attraction in Barnsley.

Cannon Hall is a former Georgian mansion located on the outskirts of Barnsley.

The £3.8 million restoration project, named ‘Restoring the Glory, Revealing the Secrets’ received funding from Heritage and the Big Lottery Fund.

Deadline Digital have been filming every step of the restoration process for the past four years, making it one of the longest projects the production company has undertaken. 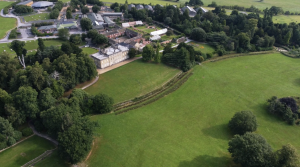 Using state of the art cameras and drone footage, Deadline Digital have truly captured this beautiful landscape being restored to its former grandeur.

“In 2017, we had about 390,000 visitors a year. That’s gone up in the last 4 years to over 500,000. So it just goes to show how popular this park really is. Definitely successfully, definitely well worth the refurbishment, definitely worth the investment”. 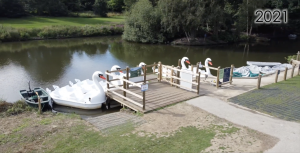 The restoration of the lakes has also seen boats return for the first time in almost 100 years.

The project began by removing excess silt and vegetation in the three lakes on the grounds. Around 24,000 cubic metres of silt were removed during the nine month lake restoration. The banks were then reformed and wildflowers and grass verges were planted to encourage the local wildlife.

The walled garden has seen an incredible renovation to its former Georgian design, such as the pond which is back in its original position.

Two cottages have been made into family homes. Another cottage is a shop and meeting place for the dedicated volunteers at Cannon Hall.

The restoration of the woodland grounds has created one hectare of new play space and more than two miles of new pathways to explore. 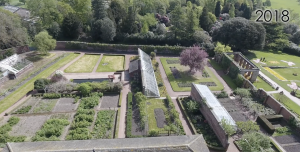 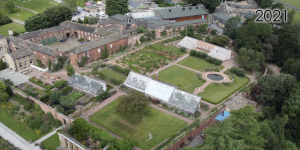 Senior Video Journalist, Ben Housam, has been involved in filming the renovations since the beginning and also produced the final video. He said:

“Documenting the changes that have taken place at Cannon Hall over the past few years has been such a rewarding project for us to be involved in. It’s been fascinating to see the developments take shape and we’ve loved being able to use our creative expertise to capture every angle. The grounds really are stunning and it’s already clear to see the positive impact the renovations are having.”