A video produced by Deadline Digital for the NHS has received a widespread outpouring of emotion, with viewers from across the globe. 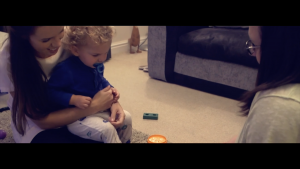 The South West Yorkshire Partnership NHS Foundation Trust (SWYPFT) video ‘All of us in mind’ features a poem about the the inspiring work that many NHS staff and volunteers undertake on a daily basis.

Since being released to the public on Friday, the video has been praised by various high profile figures across the healthcare sector.

Hilary Garratt, Director of Nursing for NHS England, said on Twitter: “This is powerful and reminds us of the privilege of being able to care.”

Julie Haddon, Head of Events at NHS England, said: “Move over big corporate xmas ads, this gets my vote for the best video. Thought provoking, heartfelt, inspiring, motivating and brought a tear to my eyes too.” 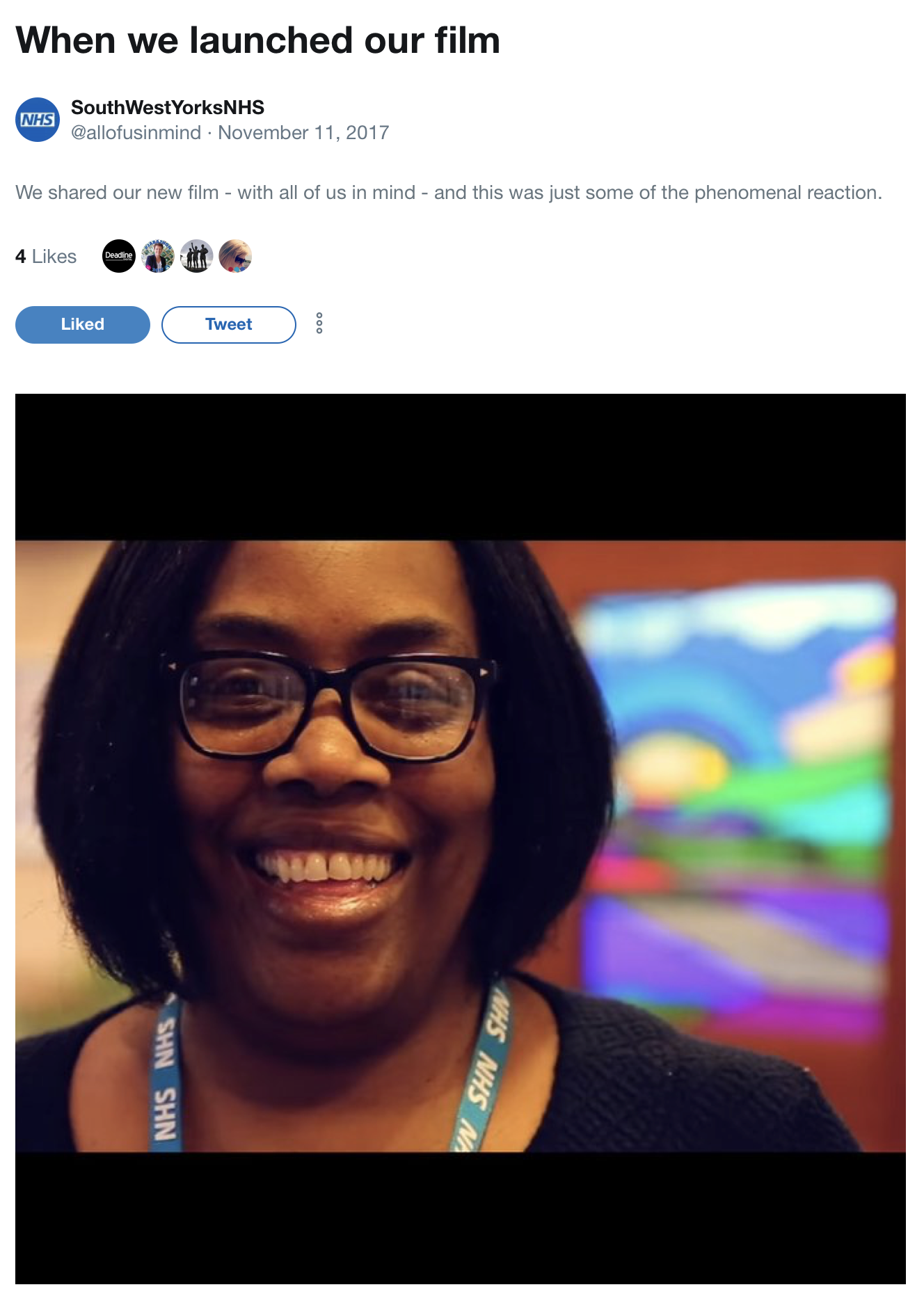 The video was initially shown at SWYPFT’s Excellence Awards last Tuesday and was released to the wider public to enlighten people on the inspiring work that is carried out every day within the Trust.

Jude Tipper, Trust head of marketing, communications and involvement said: “We’re delighted with how the film has turned out and the reaction it’s been getting. We wanted to make a film that created an emotional connection with the viewer and Deadline Digital really helped us to do this. It’s a wonderful way to showcase our amazing staff as well as reflect our work in local communities; in true partnership, with all of us in mind.”

The video has gathered particular interest on Twitter, with users calling it “inspiring” and a “must watch movie”. The film has even reached as far as the US, where a hospice chaplain tweeted: “This is beautiful. Thank you.”

Leeds & York NHS Partnership Foundation Trust tweeted: “Inspirational film from our #WestYorkshire neighbours – reminds you about the awesome responsibility we have in the NHS.”

The film has so far received over 4,600 views on Facebook and has been shared over 100 times.

It has also received just shy of 1,200 views on Youtube.

Rob Webster, CEO of SWYPFT, said: “We are a guest in people’s lives. Watch this and wonder at how brilliant the NHS is.” 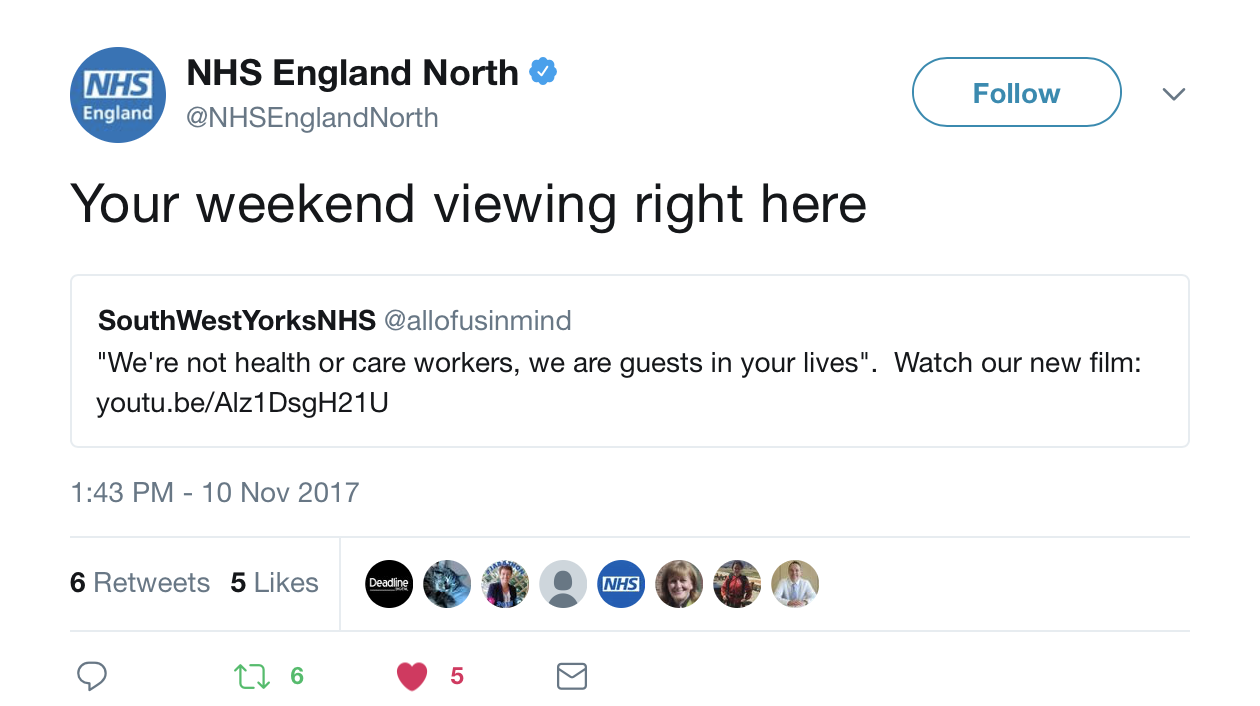 Barnsley based video production company Deadline Digital – which works with a number of NHS organisations across the country, together with education and local government, produced the video along with the 15 team category award nominations for the SWYPFT Excellence Awards.

MD Geoff Fox said: “We’ve been stunned at the reception this film has received. People from right across the health and social care spectrum – both here and abroad – have really bought into it. To that end, we really have to thank the staff at South West Yorkshire Partnership NHS Foundation Trust who do amazing things each and every day – positively impacting on the lives of people right across this region.

“It’s their dedication, compassion and care that made our job much easier and we’re proud to be able to showcase what this organisation does to help people with mental and physical health needs.”

You can see a full list of the award winners from Tuesday night here.