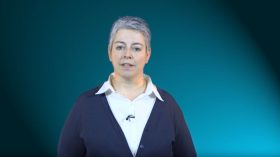 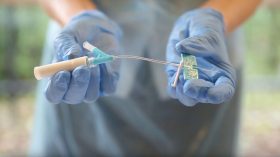 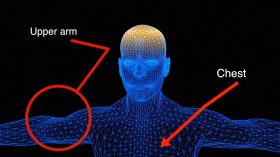 In 2015 Deadline Digital was commissioned to produce a training DVD video to accompany the McKinley T34 Syringe Driver for distribution to care home staff across South and West Yorkshire. It was designed to ensure users could understand when and how to use the syringe driver. Working with a tight budget, Deadline Digital was able to offer the client the use of its portable chroma key studio, thus ensuring a professional final look, even though the presentational elements were filmed on Trust premises, was opposed to a TV studio.

Our DVD was long awaited in terms of desire and need. The end result far surpasses what we had ever hoped for thanks to Geoff’s support, guidance, direction and skill.
Both Geoff and Eve helped us enormously to feel at ease as we delivered long pieces of dialogue and appeared in front of the camera on the first day. They were just fabulous. And Eve’s calmness and clear capability on the second day of filming made it less daunting. What amazed us was the way everything was pieced together to produce this first class instructional and informative DVD. Geoff and Eve have produced a DVD which appears in sections so that it is easier for clinicians to watch and pick out pertinent areas to them. Geoff suggested using QR codes so that the playlist can be easily uploaded which is ideal for the professionals that will be accessing the DVD.
The whole experience was initially very daunting to three people not comfortable with being in front of a camera. It turned out to be an experience that was satisfying and we are incredibly proud of the DVD. This is testimony to how Geoff, and his team, worked with us during the meeting and planning stage and during the filming.
We are now using the DVD in training and have received very positive feedback from those attending the sessions. 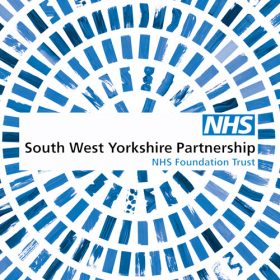